Washington Boulevard was much busier this past month. The poor most especially the mentally ill were much more visible.  In September the buildings in Capital Park that we share the alley with expanded their renovation. So our shared alley is part of a construction zone now from State Street to Grand River. With this added construction/renovation, comes added security from the private security firm that the city has hired.  It is assumed the primary job of the private firm of course is building security. The buildings and construction materials are exposed and in need of being watched.

And yet a secondary task has been assigned to the city’s private security force. They are to clean/sanitize the area of any and all undesirable people. Who are the undesirable people? Why the poor of course. The homeless and mentally ill for sure. But it is not always easy to distinguish who the homeless and mentally ill are despite the best profiling techniques; so if you look poor, you are questioned.  And, as witnessed by this writer, if you don’t answer the questions correctly, you are escorted out of the area by a guy in a black uniform with a big gun. If you are homeless and carrying a backpack? Well forget it. The city parks or streets are not for you.

The city is slowly expanding its zone of indigence cleansing. Within the parish boundaries, that zone of indigence cleansing now has reached our back door. In the not too distant future, it will reach our front door. The poor we serve will continue to be pushed further and further out away from the dynamic central city.   The homeless and mentally ill will not disappear though it may be tougher for them to reach us. These issues are much greater and much more complicated and are in need of being addressed by the people of the State of Michigan and the US. 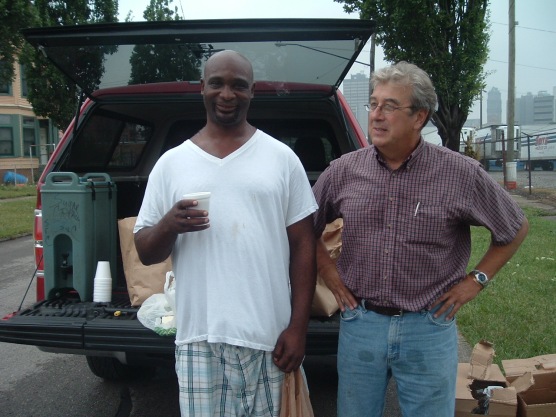 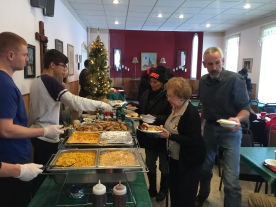 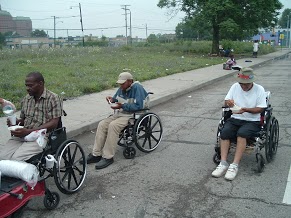 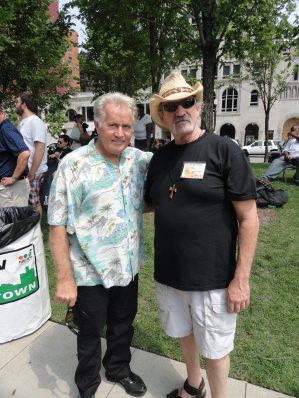